This past month I participated in a blogger pen pal program. You can read about it here. Pretty much it’s a fun little exchange of food gifts that helps bloggers connect with each other. 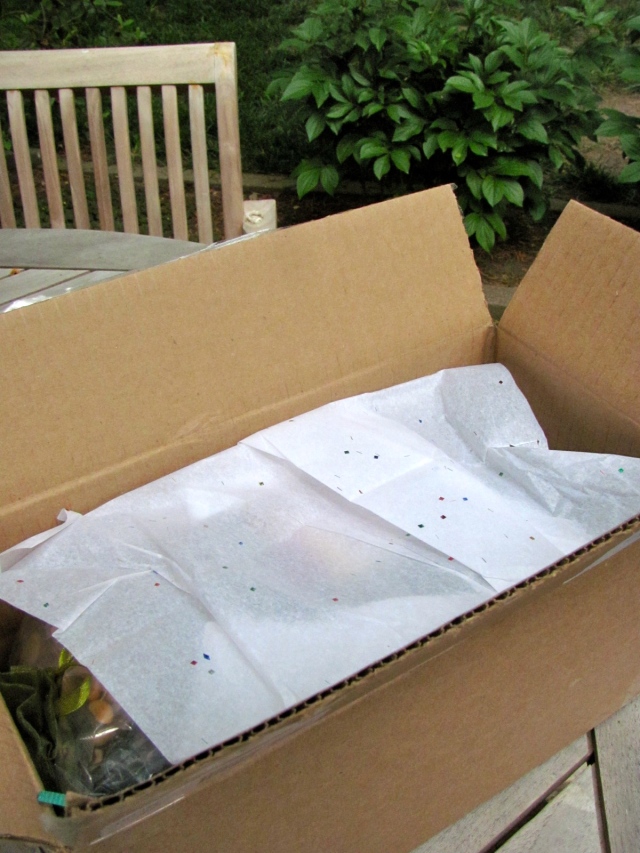 I got my package right before I left for Australia. I was so pumped!

My pen pal is Roberta and she’s awesome. She stalked me, found stuff she knew I’d like and got me all of it for under $15! Super impressive. I only bought three things for my penpal! I’ll have to try harder next time to find the deals. Tsk, tsk.

So I now have a great variety of healthy and ‘green’ products in my pantry: coffee, trail mix, 2 salsa mixes, chili mix (from the Woman’s Bean Project), local goat milk soap, bean seeds, and doggie treats!

Healthy, ‘green’, and something dog related. She knows me so well. 🙂

Once the girls got a whiff of the dog treats, they began dancing around and performing every trick they know (even though I didn’t ask) to try and get it. It was hilarious so you know I have to show you.

Roary went for the more advanced ‘roll over’…

After a couple more excited moves I gave in. They scarfed those babies down in a second.

They thank you, Roberta and I do too! We already dug into the trail mix for our travels and I can’t wait to try everything else!

If you’re interested in any type of food or meeting people I would suggest signing up for Foodie Pen pals. You’re only required to do it for one month, you’ll meet a couple new friends and get tasty presents! It was a lot of fun and I look forward to joining in again soon.

I’m thinking these types of gifts would be good for birthdays! Instead of buying something for someone that you don’t know if they’ll like, why not expand their taste buds and buy varieties of foods that they love! Fun and functional.

Hmm, who’s birthday is coming up next?! 😉

Today it’s supposed to be 80 degrees and I’ve got a soup recipe for ya. 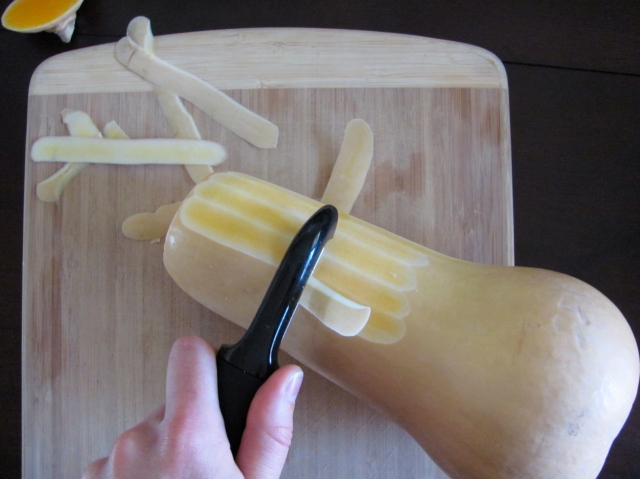 You’ll be sweating by the end of this post but it’ll be worth it.

I just REALLY love this soup and I want you to know about it. If I’m in the mood for soup, this is the recipe I usually reach for. It’s super easy, quick, and delicious. I think that must be Ellie Krieger’s running theme because a lot of her recipes are like that.

I’d say I’m officially on an Ellie Krieger kick since I’ve already cooked up two others found here & here. I can’t help myself.

A couple of times now since the new year I’ve laughed at my husband when he’s chopping onions and they burn his eyes. That sounds terrible but it’s a funny site to see the man ‘cry’ since he’s known to not express much. And the silly faces he makes, oh they’re great.

I shouldn’t have picked on him -> caution, rough photo ahead.

I believe in Karma and gosh darn it these onions were Brutal with a capitol B! They burned while I cried for a bit.

I even laughed out loud at myself because I deserved it. 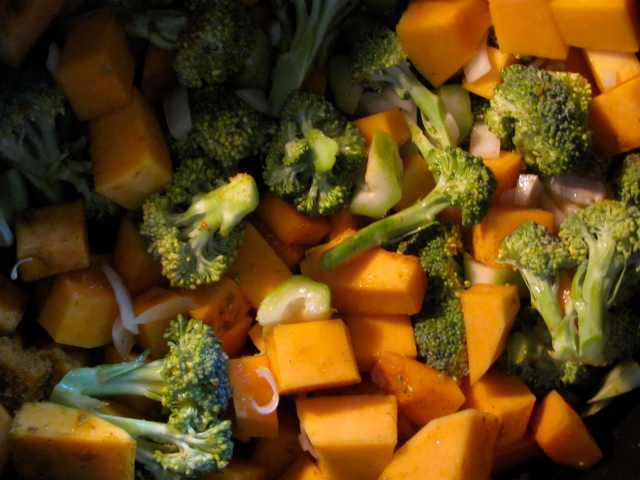 I had to add broccoli into the mix because it was going bad and I needed to stick to #2 from my healthy changes of 2012.
Be sure to skip the broccoli when you make it though, it’s too strong of a flavor. I had to add more honey. At least I didn’t have to throw them away!

I’ve been wanting an immersion blender for years now and I finally got one a couple months ago. It’s debut was with this recipe. It’s much easier to blend in the pot than to ladle two batches of the soup into a standing blender. And at only $30 for the contraption it’s definitely worth it.

note: the soup is a lot smoother if you don’t use broccoli.

The garnish is my favorite part!

When we’d carve pumpkins growing up we would bake the seeds in the oven with a little seasoning. Butternut squash have similar seeds so I always bake them in my toaster oven with a little olive oil, salt, and pepper while I’m cooking. The seeds add a nice crunchy contrast to the blended soup. Here’s a recipe for the seeds if you wanted to try it out too.

The soup is creamy with a hint of honey and curry. So good!!

Crank up the A/C and dig in.

I decided to start off my weekly new recipe adventures with a soup from Ashley at The Edible Perspective. Her blog is one of the many healthy living blogs that I read daily. She creates tons of recipes and amazing food photography.

I was drawn to her blog from the start because photography runs in my family. Both my grandpa and dad love it. My grandpa was an avid photographer with his own darkroom. I even have one of his large format cameras! Very cool. My dad had a darkroom a while back also but has now converted to digital and uses a Canon D frequently on his travels.

Because of my own love of photography I thought I’d finally take a shot at using a digital camera on the manual setting, starting with food photography (a la Ashley). This is my first good attempt at using the manual setting. I mean, I have a minor in photography but I only knew how to use a manual on REAL (film) cameras. Once I figured out how to adjust the aperture and shutter speed on the digital I was good to go. It still boggles my mind though. There IS no real shutter on this camera?! Technology is crazy.

The recipe was quite simple. It also doesn’t have a lot of ingredients which is always a plus when cooking during the week. I seem to never have enough time! Too many dogs to walk I guess. 🙂

I pumped up the garlic and cheese a bit only because we can’t get enough in this house. In the end, it turned out great! The soup was creamy even without any dairy mixed in and the spices and cheese gave it nice flavor.

the finished product (I ran out of natural light, yikes)

The leftovers were gone by lunch the next day. Success for my first new recipe in a while!

Oh and here’s the link to the original recipe. You should give it a try!

My desire to work on my photography has come back. I am inspired and can’t wait to see my skill improve while testing out lots of healthy, tasty recipes.

Look for another one next week!