I’m am totally on top of operation NO CANDY. The same day I announced that I was stopping candy, I made one of Angela’s recipes as an alternative. Go me!

Yesterday I made Last Minute Protein Energy Bars. I initially made them for my husband because he likes to scarf down two Nature Valley bars a day. I decided to make him a substitute since they aren’t very nutrient dense (compared to brands like Kashi or Cliff) and also that’s a ton of trash that we don’t need! <- a good example of my hippie itch.

This is another great, simple recipe. There’s no cooking required and they’re ready to eat in minutes! 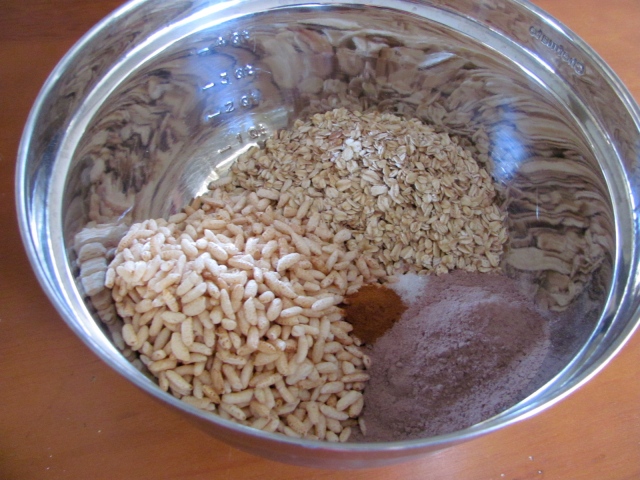 The dry ingredients were easy to find but I substituted honey for the brown rice syrup & peanut butter for the sunflower butter. I found both of those ingredients on the supermarket shelves but they’re just too pricey for me. 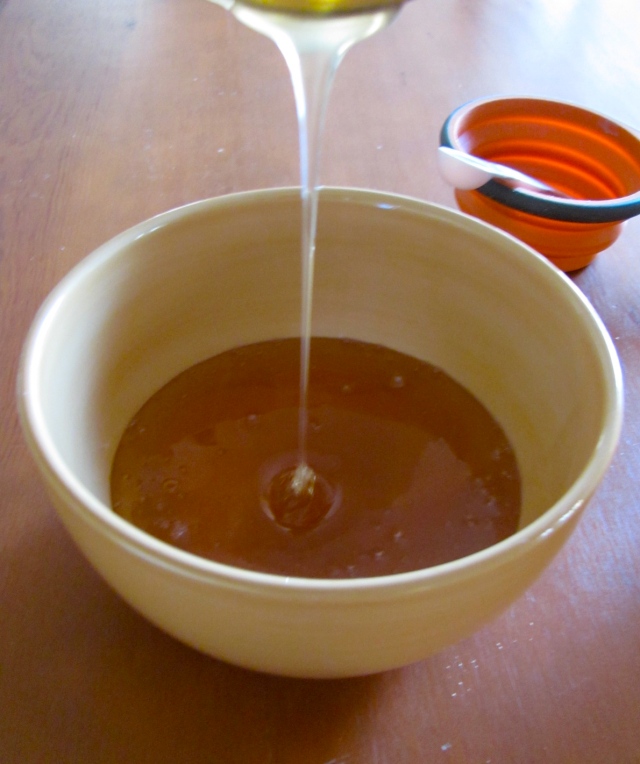 Another substitute I used was chocolate protein powder instead of plain. It’s just what I had on hand. To offset the flavoring in the protein I used less of the melted chocolate on top. It worked just fine!

I’ve been told by my husband that these are the best bars I’ve made yet. I’m so glad they’re easy to make since I’ll now be making them every week!

Oh and I also doubled the recipe to make the bars a little thicker. I used a 13×9 glass baking dish. 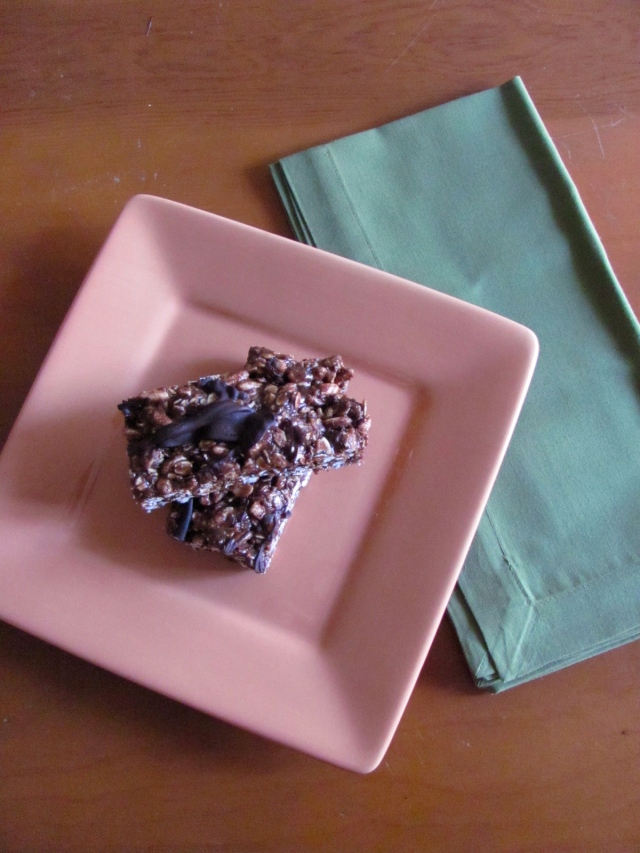 a sample for the cook!

Not only does my husband have his snack and I have my candy alternative but I also have a hearty dessert to eat after my training runs! Score! Lately I’ve felt like I haven’t gotten enough calories or protein due to all the extra calories burned so I’m hoping these bars will help.

I bet they won’t last till the end of the week!